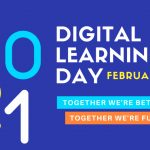 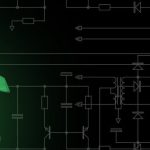 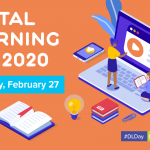 We are celebrating Digital Learning Day 2020 on February 27! Will you join us? Learn more about @OfficialDLDay at digitallearningday.org. #DLDay 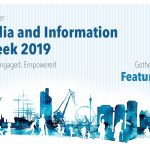 We invite stakeholders around the world to organize online/offline local events or activities related to MIL in their community or region, taking place around the period of Global MIL Week 2019. 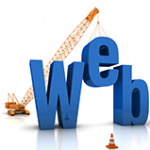 Make games with us! Register now at: http://gamelab.mit.edu/event/global-game-jam-2019-at-mit/

The Global Game Jam (GGJ) is the world’s largest game jam event taking place around the world at physical locations. Think of it as a hackathon focused on game development. It is the growth of an idea that in today’s heavily connected world, we could come together, be creative, share experiences and express ourselves in a multitude of ways using video games – it is very universal. The weekend stirs a global creative buzz in games, while at the same time exploring the process of development, be it programming, iterative design, narrative exploration or artistic expression. It is all condensed into a 48 hour development cycle. The GGJ encourages people with all kinds of backgrounds to participate and contribute to this global spread of game development and creativity.

Participants are welcome from MIT, local universities & colleges, and the general public – including local professional game developers. All participants must register to attend:

We have 30 free slots open for the MIT Community (must have an @mit.edu email address to register). Registration for Non-MIT community members costs $22 + fees.

Hi I’m Robbie. I love nature and think kids are the best voice to stand up for parks. I am going across the country to visit national parks and speak up to protect them.

Contributing to open source for the first time

can be scary and a little overwhelming. Perhaps you’re a Code Newbie or maybe you’ve been coding for a while but haven’t found a project you felt comfortable contributing to.
You can do it! Here’s how.

If you have never contributed to an open source project before and you’re just getting started, consider exploring these resources.

First contributions is a hands-on tutorial that walks you through contributions workflow on github. When you complete the turorial, you’d have made a contribution to the same project.
http://up-for-grabs.net is a site that aggregates (rolls up and makes easy to explore) projects that actively want help. They label those projects with things like “up-for-grabs”, “jump-in” or “help wanted.”
Read blog posts and guides on how to contribute to an open source project, then pick one!
If you’re just getting started with tech and are considering being a social developer, we’ve made a documentary training movie for you! Get Involved in Tech walks you through setting up your GitHub account, exploring StackOverflow, setting up a blog and starting to tweet!
Wondering what someone else’s first contribution was? You can easily find out any GitHub username’s “First Pull Request” here! (I think you’ll find that most people’s first PRs were relatively small like Kent’s).
We think that open source projects should value civility and kindness and be patient with new developers and we encourage you to explore projects that have a published Code of Conduct and we hope you do too!

I’m willing to hold your hand so you can make your first PR. This issue is rather a bit easier than normal. And anyone who’s already contributed to open source isn’t allowed to touch this one!

First timer contributions are normally very small and easy (One recent first-timers-only issue was literally three lines of simple changes! And the changes were described in great detail and tested by the project maintainer). But this makes it easier for the contributor to get the hang of the contribution process rather than the contribution itself. Remember, this isn’t as much about getting your project features implemented quickly as it is about helping first timers.

Why is YAL (yet another label) like first-timers-only important? Because it makes a statement that first timers are welcome, that they are valued, and that they can start on your project! Often the hard part of getting into open source for the first time isn’t the implementation of a feature, but figuring out how to actually contribute code such that the pull request is accepted! But, oh the feeling of accomplishment when your first PR is merged!

Go label an issue or two with first-timers-only and advertise that those issues exist! Walk a newbie a week (or a month) through the process! Document the process, blog and tweet about it and encourage those first timers to do the same! And add this badge to your repo’s README:

Kent C. Dodds proposed First Timers Only to get new people to make their first contribution. Scott Hanselman blogged about Bringing Kindness Back to Open Source, so it was obvious that we team up and promote these ideas and get more folks involved in open source.

Charlotte Spencer created a great twitter account called @yourfirstpr that exists to showcase great issues that a newbie can solve in order to create “Your First PullRequest!” We recommend you follow @yourfirstpr and let them know if your OSS project has a first-timers-only tag and you have open issues that you’ll reserve for a new contributor!

Angie Gonzalez and Arlene Perez created a GitHub app called First Timers that automates most of the process of creating first-timers-only issues. Install it the app on your repositories and commit simple changes to branches with names starting with first-timers- – the First Timers App will turn it into a fully fledged issue with all information a first-time Open Source contributor will need to make their first pull request.

When it comes to predicting the future, Google’s top engineer Ray Kurzweil is the futurist who holds the high score. The so-called “future teller” has an estimated 86 percent accuracy rate for his predictions. When it comes to making predictions, though, as the old saying goes, two heads are better than one — and a whole slew of thinkers may be infinitely better than two.

That’s the simplest way to explain the concept behind what Unanimous AI refers to as “artificial swarm intelligence:” instead of just having one Kurzweil making predictions, the brains of hundreds of thousands of people are put to work to make sense of the future together.